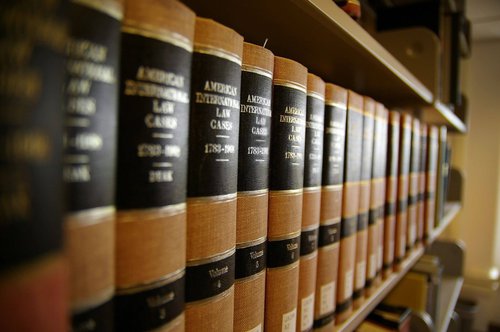 WHAT ARE THE GROUNDS FOR DIVORCE NASHVILLE?

Impotency is a very rare and difficult-to-prove ground for divorce Nashville. This ground for divorce applies if either party was at the time of the marriage and still is incapable of procreation. Legally, this requires that the party be unable both to have sex and reproduce. For this ground to be established, one must prove that the other party suffers from impotency as a permanent, incurable condition or that the party could be treated/cured but refuses to do so. The impotency must have existed prior to the date of the marriage and have prevented the consummation of the marriage. Additionally, the proof cannot be solely based on the testimony of the complaining spouse. The divorce court has the power to order a physical examination to determine whether a party is truly impotent. Because of the very high burden, and the “prior existing condition” requirement, this ground for divorce is rarely utilized in divorce cases.

This ground for divorce applies when one party to the marriage knowingly entered into a second marriage without first being divorced from the original spouse. If this is proven, the court will render the marriage as “void,” which means that it was without legal effect, as though the parties were never married in the first place. Ordinarily, a “void” marriage precludes a divorce (because you can’t get a divorce from a marriage that, in the eyes of the law, never existed in the first place). This would mean that no alimony could be awarded and property could not be divided pursuant to ordinary equitable division laws pertaining to divorcing spouses. However, Tennessee law provides relief for the “innocent spouse,” and makes special provision for a marriage rendered void where the spouse did not know (and had no reason to know) that the other was still married to another. In this scenario, the court can enter an order of divorce and provide for the innocent spouse that which they would otherwise be entitled to in a divorce from a valid marriage. Because it is a crime to knowingly marry someone while you are still married to another, and because of the availability of marriage records, this ground for divorce Nashville is also quite rare.

Perhaps the most common ground for divorce Nashville, adultery is defined as “voluntary sexual intercourse” by a married person with a party other than the spouse. This includes oral and other types of atypical intercourse. When proving adultery, the party may show an “adulterous disposition” of the other. This is one reason that Facebook, Snapchat and other social media apps provide evidence in a significantpercentage of divorce cases. Affairs more often than not begin online, and unfortunately for the adulterer, the evidence is preserved indefinitely.

A word of warning to divorcing spouses: even after a divorce case has been filed, even if you are living separately, if you engage in sexual activity with another person, that act still constitutes “adultery” and could provide a ground for divorce against you. Even if one spouse commits adultery, when the other spouse subsequently engages in adultery, the law then bars both spouses from claiming adultery as a sufficient ground for divorce. Therefore, we advise all divorce clients to abstain from new romantic relationships while a divorce is pending, and it is another good reason to promptly litigate these cases to a conclusion.

This ground for divorce applies where one party “willfully or maliciously” leaves the other party “without reasonable cause” for at least one whole year. This absence must be uninterrupted: even returning for a single day restarts the clock. If the separation is by agreement or under the authority of a court order, it is not considered “willful” or “malicious.” Furthermore, the statutory one year period does not run while there is a divorce case pending.

This ground for divorce applies when one party is convicted of any of the following criminal acts: abusing a female child, arson and felonious burning, bigamy, burglary, felonious breaking and entering a dwelling house, felonious breaking into a business house or outhouse other than a dwelling house, bribery, buggery, counterfeiting, violating any of the laws to suppress the same, forgery, incest, larceny, horse stealing, perjury, robbery, receiving stolen property, rape, sodomy, stealing bills of exchange or other valuable papers, subornation of perjury, and destroying a will.

BEING CONVICTED OF A FELONY AND IMPRISONED

AN ATTEMPT ON LIFE OF SPOUSE

This applies when either party has “attempted to take the life of the other person by poison or any other means showing malice.” The wording of this ground for divorce Nashville is curious because it implies that there are certain attempts to take the other’s life which would not qualify because of a lack of “malice.” If this ground exists, there are probably others that exist as well, since intentionally attempting to kill another person is a serious criminal offense.

This ground for divorce applies when one party refuses to come with the other to Tennessee without reasonable cause for two or more years. Like the “desertion” rule, the clock starts over if there is any interruption in the absence. The party seeking to prove this ground must also demonstrate to the court that she “endeavored to induce” the other to live with her.

PREGNANCY BY ANOTHER AT MARRIAGE

This ground applies where the woman was already pregnant at the time of marriage and the other spouse did not know about the pregnancy. Because the laws of divorce were written long ago, there is a very old-fashioned exception to this rule: a man who has sexual relations with a woman whom he subsequently marries is not entitled to a divorce on this ground, because he “knew of the wife’s unchastity.” This exception also prevents such a husband from obtaining an annulment on the ground of fraud.

Where a spouse drinks excessively or abuses drugs, the other is entitled to a divorce. However, this ground will not apply where the spouse was already a drinker or a drug addict before the marriage. Frequent intoxication is, standing alone, insufficient to prove this ground for divorce. The complaining spouse has to show that it “has become a habit.”

Another of the most common grounds for divorce Nashville, “cruel treatment” is politely referred to as “inappropriate marital conduct” in most divorce pleadings. This is to prevent causing offense and outrage by the spouse being accused of the conduct. In order to establish this as a ground for divorce, the spouse must show that the treatment is (A) willful, (B) persistent, (C) causes unnecessary suffering of the mind or body, (D) and renders cohabitation “unsafe” or “unendurable.” Any conduct that presents a persistent danger to the other spouse’s physical or mental health will qualify under this ground. This includes, but is not limited to: false accusations of adultery, false charges of sexual abuse of children, abnormal sex, using profanity at the spouse, failing to provide a suitable home and clothing to the other spouse, and making threatening phone calls.

While this seems like a high bar, divorce courts interpret this ground for divorce broadly and frequently grant divorces based on “inappropriate marital conduct” on significantly less egregious actions by the offending spouse.

This ground previously only provided a ground for divorce for the wife for “indignities to her person.” Now the statute is gender-neutral and is completely subsumed by the “cruel treatment/inappropriate marital conduct” ground for divorce.

This ground for divorce, unique to Tennessee, requires that one spouse leaves the other (or kicks the other out of the house) for a “reasonable period of time” without providing any financial support. The amount of support due depends on the ability of the “guilty” spouse to provide such support. This is an unusual ground for divorce, and one of the few published court opinions on the ground was issued in 1951 in the case of Holman v. Holman, 244 S.W.2d 618. In that case, the spouses lived in California after they were married. The husband was in the military and was transferred to another base in California where there were no accommodations for wives or families. The wife returned home to Tennessee, where she lived with her mother and supported herself for several months. The Husband called her and declared that he did not intend to return or support her. This was deemed sufficient to prove the ground of abandonment and non-support.

Irreconcilable differences are the most common ground for divorce, and it is the only ground for divorce that makes a “no-fault” divorce possible. Historically, no person could get a divorce unless they proved their spouse committed one of the fault-based grounds for divorce. This was bad public policy, as evidenced by the cottage industry of fabricating evidence and grounds for divorce. Eventually, all state legislatures provided for a “no-fault” divorce through irreconcilable differences. However, this ground may only be used for divorce if both parties enter into a written agreement providing for the “just and equitable” division of marital property, as well as adequate provisions for any children of the marriage. Therefore, unless you have an agreement signed before you ever file for divorce, it is advisable to allege irreconcilable differences along with fault-based grounds. Then, if it turns out you don’t have a full agreement, you can still get a divorce on a fault-based ground.

Conclusion on Grounds for Divorce Nashville 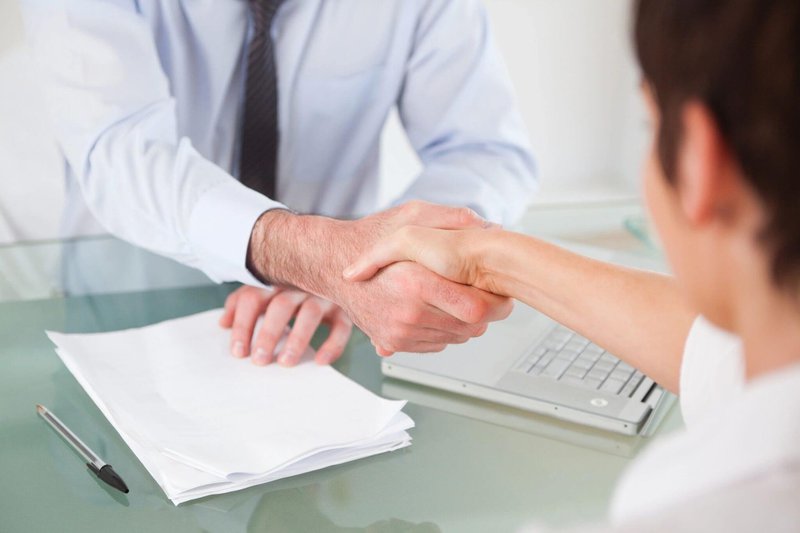 While there are fifteen (15) distinct grounds for divorce available in Tennessee, the vast majority are based on irreconcilable differences, inappropriate marital conduct, or adultery. If the marital relationship has deteriorated to the point where a divorce is filed, the court will almost always grant a divorce to one spouse or the other.

It is exceedingly rare for a judge to refuse to grant a divorce. This may happen where one party sues for divorce but fails to prove any of the above grounds and the defendant-spouse does not file a countersuit for divorce.

What is the benefit of being the “prevailing” spouse, if you are going to end up divorced either way? Courts are prohibited from using fault to determine property division, but the law requires consideration of the parties’ behavior and culpability for the divorce when determining the amount of future spousal support.

In practice, however, this is only one of several support factors considered, and it does not tip the scales nearly as much as “need” and “ability to pay.” See the “Alimony” blog for further details on how courts determine spousal support.