A criminal defense attorney Nashville is considered to be crucial in order to tackle crime convictions. One may have to go through a longer period of imprisonment along with many other complications. There are numerous criminal aspects that must be included in the considerations of an individual. One found guilty of a particular crime may be imprisoned for their whole life or death penalty can also be a major consequence. If you are found to be guilty even if you weren’t involved in the crime then this can be the biggest tragedy of your whole life. Therefore, it is very important to get help from a top criminal defense attorney Nashville so these problems can be handled in a better way. One needs to understand the severity of the crime. If you are able to get information about the possible outcomes then better protective measures can be improvised.

One won’t be able to deal with such perspectives with ease unless a criminal defense attorney Nashville is contacted for this purpose. The trial can work out in your favor with the help of Davidson County defense attorneys Frank Ross Brazil and Wesley Clark because of their extensive background in law. Misdemeanor and felony crimes are the two possible criminal categories that you should be informed about it. Theft, prostitution and any other disorderly conduct can be regarded as a misdemeanor. Misdemeanor crimes aren’t considered to be as severe but they have harsh consequences if you are reluctant to get in touch with professional defense lawyers. Felony crimes are the most severe. You will be able to get better protection of your rights for felony crimes if you retain the services of defense attorneys at Brazil Clark Law Firm.

Felony crimes include murder, kidnapping, rape, ransom, and terrorism is also considered as a major felony crime. Longer duration imprisonment can be a consequence of felony crimes. It will be a bit easier for you to handle such issues with the help of proper guidance and assistance. Adept legal representation is highly significant in those perspectives. The court hearing, appearance, and the entire trial must be tackled within the laws that govern the state of Tennessee. Creating a better case is very important in order to get good results. Examining the evidence and collecting them is important in criminal cases along with asking questions from the witnesses.

The entire criminal process can be guided in the most prudent manner if you are able to retain a top Nashville criminal defense lawyer for your criminal case. The significance of acquiring top-notch and experienced lawyers can’t be neglected. You should get accurate information about the advantages and disadvantages of your criminal case. Professional legal representation will allow you to get rid of some of your problems. The main focus must be on lesser charges and reduced punishment in those critical cases of crimes. A criminal defense attorney Nashville is the best possible solution to those complications.

A CRIMINAL DEFENSE ATTORNEY HAS MANY AVENUES OF CRIMINAL LAW TO LEARN. SOME CHOOSE TO SPECIALIZE IN ONE SMALL AREA OF THE LAW AND PRIMARILY REPRESENT CLIENTS WHO HAVE BEEN ACCUSED OF BREAKING THESE SPECIFIC LAWS.

When a criminal defense attorney Nashville first opens their practice, they may choose to develop a niche in a certain area of criminal law. Between felonies and misdemeanors, there are a number of crimes in which a defense lawyer may specialize. If the accused individual has the means to hire a lawyer, they will most likely choose one who often successfully represents others who have been accused of the same or a similar crime.

What Crimes are Handled by a Criminal Defense Attorney?

The most well-known crimes - the ones that end up on police shows and detective stories - are those involving violent crimes. Violent crimes encompass crimes that purposefully bring harm to others: armed robbery, arson, assault and battery, carjacking, homicide, and kidnapping, to name just a few examples. These crimes are considered felonies are punished most often with a long prison sentence. Since he may spend half his life behind bars, an individual being accused of violent crime will definitely hire an attorney who has already successfully handled cases involving similar felonies.

Capital offenses comprise another relatively familiar category introduced to us through both real-life and fictional accounts of police investigations. Those being accused of these crimes usually face the death sentence. The defendant will definitely want to hire a criminal defense attorney Nashville who has a thorough understanding of the complexities of constitutional issues, forensic evidence, and the appeal process. At least there will be the hope of decreasing a death sentence to a prison life sentence.

White-collar crimes are non-violent crimes like fraud, insider-trading or embezzlement. These crimes have their own complex issues that are different from violent or capital crimes. A lawyer who is familiar with proving "absence of intent" (the defendant didn't intentionally commit the crime) or "entrapment" (the defendant was lured or forced to commit the crime by an employer or other individuals), will be the best choice for the defendant since they will understand the laws specifically related to these types of non-violent crimes.

Unfortunately driving under the influence violations are highly common cases a for a Nashville criminal defense attorney. A DUI charge accuses an individual of driving while under the influence of alcohol and putting other drivers in danger by their erratic driving. A lawyer who specializes in DUI cases studies the possible inaccuracies of breathalyzers and other tests used by the police to diagnose a DUI driver. They are familiar with common ways to either dismiss the case or reduce the accused individual's sentence. 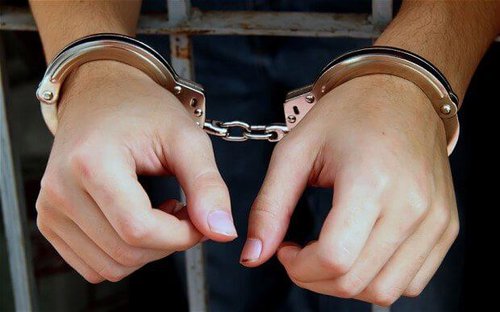 If you need the aid of a criminal defense attorney Nashville, you need to get in touch with Brazil Clark Law Firm as soon as possible to have the best defense. You can’t afford to delay when your future and personal freedom are at stake.

Now that you have been booked and formally charged with a crime, you need to get on the phone and get in touch with a top Nashville criminal defense attorney. If you don’t have a lawyer, you need to find one. This is such a serious matter that you should thoroughly consider who you hire to represent you. Since you are facing criminal charges, you are facing criminal penalties.

The consequences that you are facing are not going to be mere slaps on the wrist. They can be so severe that you can end up missing out on life and spending a significant amount of time in jail. You will also likely find yourself having to pay out a significant amount of money just to cover the court costs that are associated with long and drawn out trials. It is one thing to spend a few days in jail and has to pay a bond. In this case, you can easily get back to your life as it was and go to work or do what you normally do.

If you are convicted of a crime, you will end up in jail for much longer than a few days. How will you be able to pick up the pieces of your life and continue as if nothing ever happened? You won’t be able to! While you were spending time in jail, your life and the people in it were passing you by. You don’t want to wake up and suddenly realize that you could have avoided all this heartache if you had just hired a good Nashville criminal defense attorney in the first place.

Even though you would want to take your time when you are searching for a criminal defense attorney Nashville, you really can’t afford to lose too much time. Your situation requires that you get help right away. The reason that more time is needed to handle your case is that your lawyer will need to get all of the information from other sources in enough time for it to be used in court in your favor. This means that while the prosecution is processing evidence against you, your lawyer is working to determine if anything illegal was done to the evidence while it was being processed. Your lawyer is working to find if any evidence against you was obtained illegally.

Attorneys Wesley Clark and Frank Ross Brazil are also working to find more information on the laws that pertain to your individual situation. By coming up with an appropriate plan of action, we can determine what is necessary to provide strategic representation to keep you out of jail.