PROTECTING YOUR RIGHTS AT ALL TIMES CONTACT US TODAY

Tennessee allows parties to obtain ex parte (meaning “on or from one party only, usually without notice to or argument from the adverse party”) temporary restraining order Nashville to preserve the status quo until the court makes a final decision. 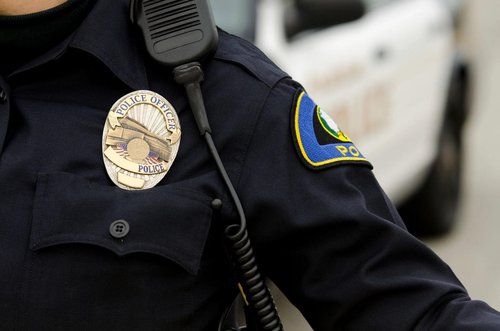 In many instances, victims of domestic violence need to obtain a restraining order in family court, for example, where the criminal court restraining order is not adequate to deal with issues such as child support, spousal support, or custody and visitation. In other instances, a victim of domestic violence may need the protection of the family court where criminal charges were not filed or have been dismissed.

UNDERSTAND THE PROCESS OF REQUESTING A RESTRAINING ORDER

Unlike criminal matters, the protected party seeking a family law restraining order has to file his or her own papers, attend at least two hearings, and be able to conduct an evidentiary hearing. In addition, the Petitioner in a family court restraining order matter is responsible for ensuring that the Respondent has been served prior to the hearing.

At the hearing, Petitioners seeking a family law restraining order must be able to present a case and convince the judge by a preponderance of the evidence that domestic violence was committed. Thus, a basic understanding of what constitutes domestic violence is essential. In some instances, the matter does not qualify as a domestic violence case, because the parties do not have the right type of relationship. Instead, the case may be filed as a “Civil Harassment” matter, which involves its own unique process and standard of proof.

The hearing for a permanent restraining order is essentially a mini-trial. At the hearing, all of the rules of evidence apply, and both parties have the right to a meaningful opportunity to present evidence and cross-examine witnesses.

Preparing for a family court restraining order hearing should include, composing direct and cross-examination questions, and when possible, gathering of physical and demonstrative evidence. In this high tech age that we live in, e-mail messages, voice messages, and surveillance video are frequently introduced into evidence to prove or disprove a case. Police reports are also allowed into evidence as an exception to the hearsay rule. Thus, litigants should attempt to obtain police reports, whenever possible, as they can be very persuasive to the judge.

People within the legal profession recognize the serious consequences involved with the issuance of permanent restraining orders. Given that restraining orders typically impose significant limitations on a party’s liberty, and can affect a party’s ability to find or maintain employment, these matters are being taken more seriously by the courts in recent years. Courts have become more skeptical of the requests that are made for restraining orders and hold the moving party to his or her burden. Indeed, the days of family courts “rubber-stamping” restraining orders appear to be coming to an end. It is incumbent upon any person who is faced with having to be a part of this process to do his or her homework before entering the courtroom.

WHAT IS REQUIRED TO GET A TEMPORARY RESTRAINING ORDER IN NASHVILLE?

The law requires a party to swear under oath to the existence of specific facts that “clearly show that immediate and irreparable injury, loss, or damage will result to the applicant before the adverse party can be heard in opposition.” Also, the party or their attorney must certify efforts made to give the other party notice and reasons why notice should not be required. This rule appears to set a high standard, but in practice, such orders are frequently granted on questionable grounds. Often, no effort is made to notify the other party. Facts are easily exaggerated because the judge granting the order only gets one side of the story and there is no opportunity to present contradictory evidence.

WHEN IS A TEMPORARY RESTRAINING ORDER EFFECTIVE?

A party is bound by the terms of a temporary restraining order Nashville (TRO) from the date they are informed of its issuance or when the other party is served, whichever occurs earlier.

WHAT ARE THE LIMITS OF A TEMPORARY RESTRAINING ORDER?

A temporary restraining order Nashville issued without notice can only prohibit the conduct. This is in contrast to a temporary injunction, which may either prohibit or mandate a party to take action. Temporary injunctions may only be issued after notice to the other party with an opportunity for a hearing. However, TRO’s may be worded in such a way as to effectively mandate conduct. For example, a TRO that “restrains Husband from going on or about the marital house” is effectively ordering the husband to move out of the marital house. However, even if a TRO is clearly excessive or unfounded, you must follow whatever the judge has ordered unless and until that order is dissolved.

WHAT DO I DO AFTER I AM SERVED?

First, read it carefully and follow whatever it says. This is a judge’s order and a violation may result in criminal penalties. If you believe the order is baseless, mandates conduct, or otherwise violates your rights, call a lawyer and file a motion to dismiss the TRO. If the temporary restraining order Nashville interferes with your rights to be around your children, this can be detrimental to the ultimate outcome of your divorce because your spouse may claim that she is the primary caretaker because you have not been around. TRO’s are issued based on one side of the story. Get a Nashville Divorce Lawyer, gather your evidence, and fight back.